This website stores cookies on your computer. These cookies are used to collect information about how you interact with our website and allow us to remember you. We use this information in order to improve and customize your browsing experience and for analytics and metrics about our visitors both on this website and other media. To find out more about the cookies we use, see our Privacy Policy.

If you decline, your information won’t be tracked when you visit this website. A single cookie will be used in your browser to remember your preference not to be tracked.

Accept Decline
Cookie Settings
The store will not work correctly in the case when cookies are disabled.
Overlay 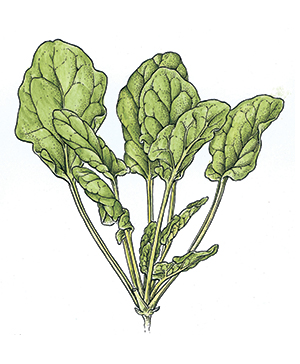 
To cook the lobster, fill an 8- to 10-quart pot three-fourths full with water. Add the Thyme, Parsley, peppercorns and bay leaf. Squeeze in the juice of the lemons, then drop them in the pot. Cover and bring to a rolling boil over high heat. Add the lobsters and cook 12 to 15 minutes. Drain the lobsters in a colander, cover with ice and let cool.

When the lobster is cool enough to handle, pull the tail from the body and remove the claws. Discard the body, or reserve for use in a sauce or stock. Cut the shell from the tail using a knife or scissors and remove the meat. With the blunt end of a knife, chop off the tips of the claws as close to the ends as possible (this will help release the meat from the claws). Crack the claws in the center, break open and carefully remove the claw meat without breaking apart. Meat from the larger claws will have a piece of cartilage in it; this can be pulled out from the area where the claw fingers meet. Cut the tail meat into 1/2" slices. Leave the claws whole to use as a garnish. Set the lobster meat aside until ready to assemble the pasta dish.

To cook the pasta, fill a 6- to 8-quart pot with water, add salt, cover and bring to a boil over high heat. Add the penne and stir. Cook the pasta for approximately 8 to 10 minutes, until al dente. Pour into a colander to drain. Do not rinse the pasta; just toss it to remove any excess water. Sprinkle the oil over the pasta and toss with a large chef’s fork. Pour the pasta onto a sheet tray or shallow dish to cool (if it looks too sticky, sprinkle some more oil on at this point). Let the pasta cool to room temperature. Pasta that has been cooked until al dente, coated with oil and cooled can be kept in a covered plastic container in the refrigerator for up to three days without becoming mushy. Reheated, the pasta will be very close to freshly cooked pasta. When the pasta is cool, preheat oven to 425ºF.

Toss the cooled pasta in a bowl with the Parmesan and provolone cheese, Spinach, heavy cream and lobster meat (except claws). Season with salt and pepper. Transfer to a large round, oval or oblong baking dish and bake for approximately 25 minutes, until bubbling hot. Garnish with the lobster claws and truffle slivers. Serve 10 as part of a buffet. Note: This dish, without the heavy cream, can be assembled eight hours ahead. Thirty minutes before serving, pour in the heavy cream and bake as above.

|
Categories: Seafood , eCookbook
Search for Resources
↑
Back to Top

You Just Added to Your Wheelbarrow

If you step away from your wheelbarrow for more than an hour, its contents will be emptied and returned to inventory. If you haven't made up your mind, place your order knowing that you can change it prior to shipment. If you're just not ready to order yet, please print a copy of your wheelbarrow for your own reference.